The game is presented as a dual view version where the player can switch between two themes with the “change theme” button – one using a classic Keno look and feel and the other one using a café look and feel. Game rules are identical for both views. 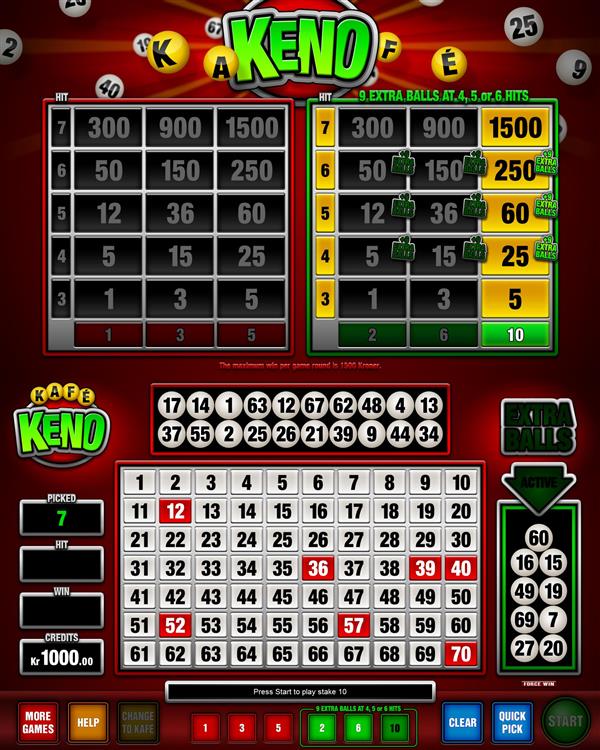