ROYAL CROWN VIP has 3 reels with a 3 symbol reel window and 1 win line. 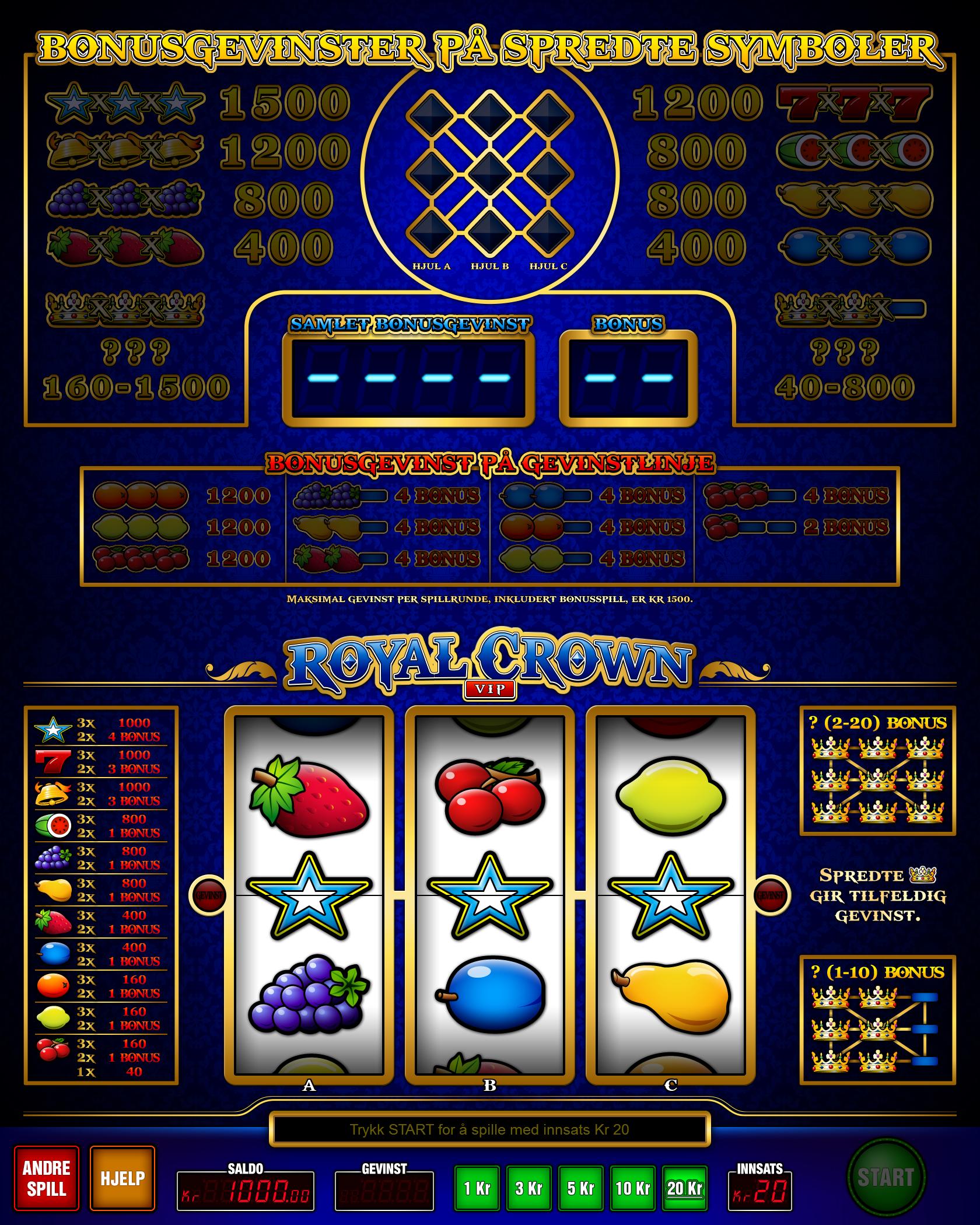