ASKELADDEN is a reel game based on the Norwegian folklore theme. Game’s symbols are folklore characters, gameplay and features reflect plot of the Askeladden fairy tales.

Askeladden game has 4 reels with a 3 symbol reel window and 13 win lines. 10 of the 13 win lines cover 3 positions on the reels, the remaining 3 cover 4 positions, allowing for 4-of-a-kind wins.

TRAIL feature
When 3 or 4 scattered Castle symbols appear on the reels during regular games, the TRAIL feature will be triggered.

The FREE GAMES feature is played using a different reel set. When the game goes into free game mode, the regular game reel tapes are replaced by the FREE GAMES reel tapes.
In FREE GAMES there are no Castle and Witch symbols – but the reel tapes contain Chest symbols. 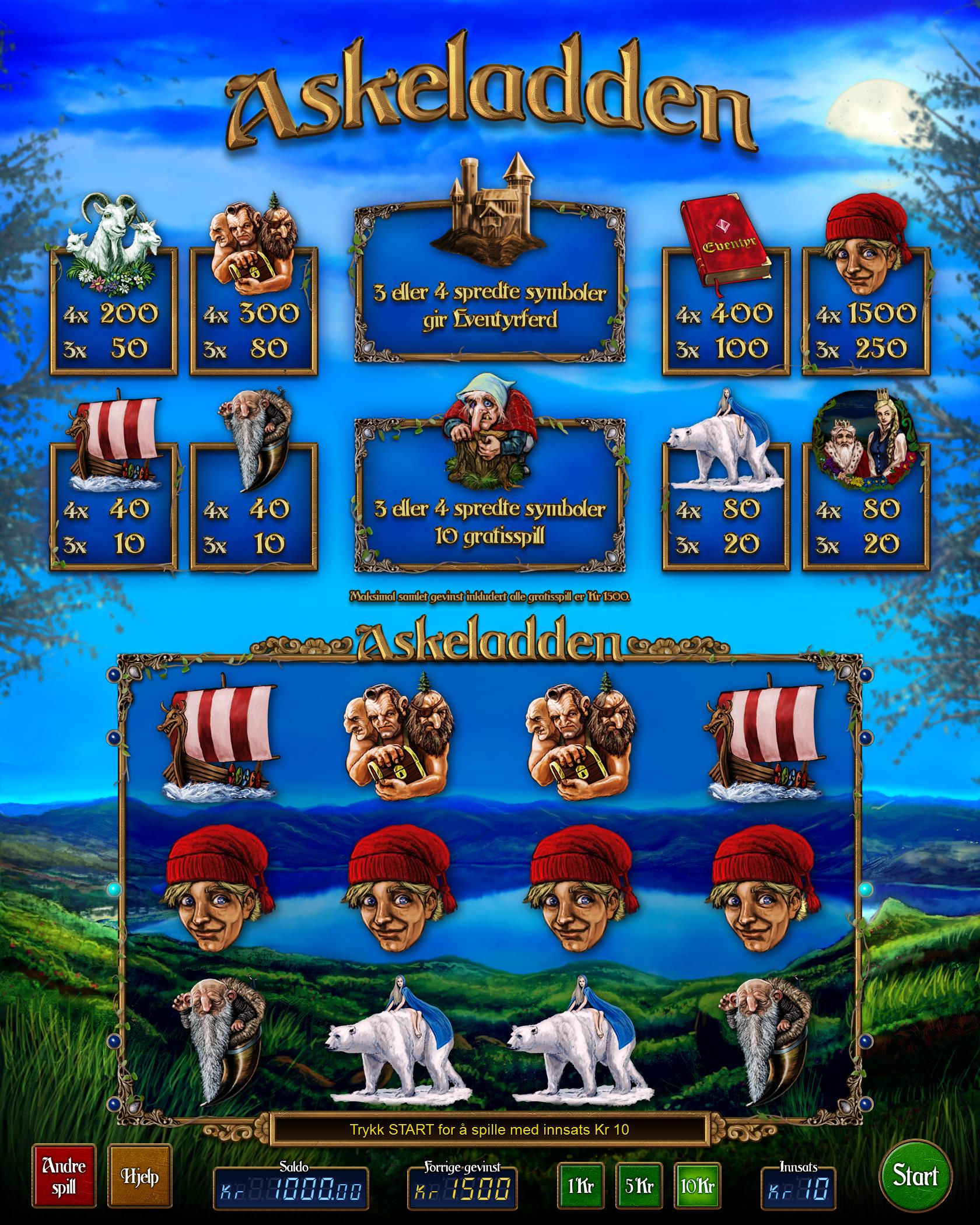