Back to Slot Games

FRUITS AND STARS SHAKE A LEG FOR YOU TO GET WINNINGS!

GAME INFO
Big Runner™ takes up the well-known and popular idea of fruit slots and adds a new touch: apart from the usual suspects such as Plums, Strawberries and Bells the reels are frequented by a Star symbol, which appears in addition to certain symbols and increases your winning chances. Also, you can land the required combination of three on five reels – can you make it any easier for Lady Luck?

Your aim with Big Runner™ is to land three identical symbols along 24 win lines. The winning patterns run from left to right. They are divided into groups of eight on reels one to three, two to four and three to five.

Every combination of three consisting of an ORANGE, PLUM, PEAR or BELL symbol with a STAR symbol pays like three regular STARS appearing on a win line. 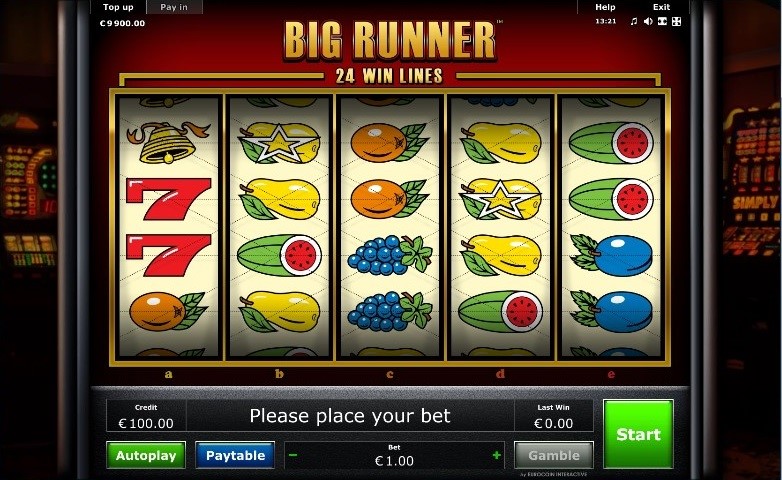