Back to AWP Games

Overview
Fun is the order of the day in Jackpot Joker! There are plenty of opportunities to enjoy yourself (and win!) thanks to the jolly Joker symbol and the jackpot. Jackpot Joker is an AWP (amusement with prizes) game with three reels and five win lines that delivers entertainment from your very first spin onwards. In the regular game, the Bell has the highest value, followed by the Grapes and the Orange. In the Super Game, the Joker hands out the biggest winnings, with the 7 and the Bell yielding the second-highest and third-highest winnings, respectively.

Mystery Win Feature
If three Jester Hats appear on a win line in the regular game, you’ll pocket a Mystery Win. This randomly calculated bonus will be between 50 and 400 Coins.

Jokers Wild Feature
The Joker symbol is activated for the Super Game. This is a Wild symbol that appears stacked on each reel and can substitute for all other symbols. What’s more, the jolly Joker pays the biggest winnings in the Super Game.

Jackpot Feature
Can you see nine Joker symbols on the reels in the Super Game? If so, you’ve managed to hit the jackpot! And you had better hold on tight, for the basic jackpot win is a whopping 10,000 Coins!

Background
Line up the right symbols in Jackpot Joker and you’ll have the last laugh! In fact, with the chances to win offered by this entertaining slot, you’re odds on to be laughing from start to finish! So, get ready for a host of profitable winning symbols and the Mystery Win in the regular game, and even bigger prizes in the thrilling Super Game. Fact: Laughing is good for your health and your player account! 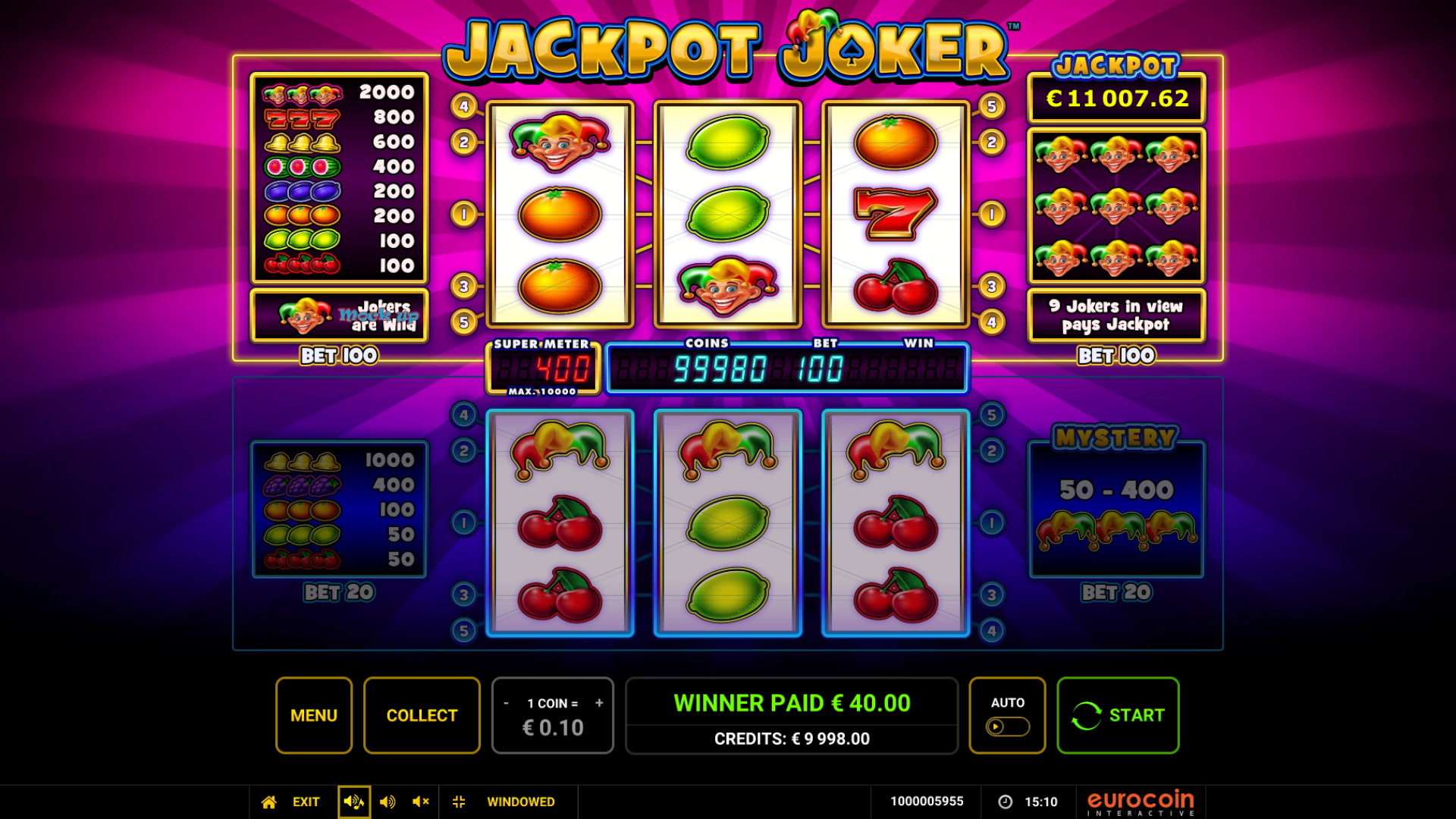 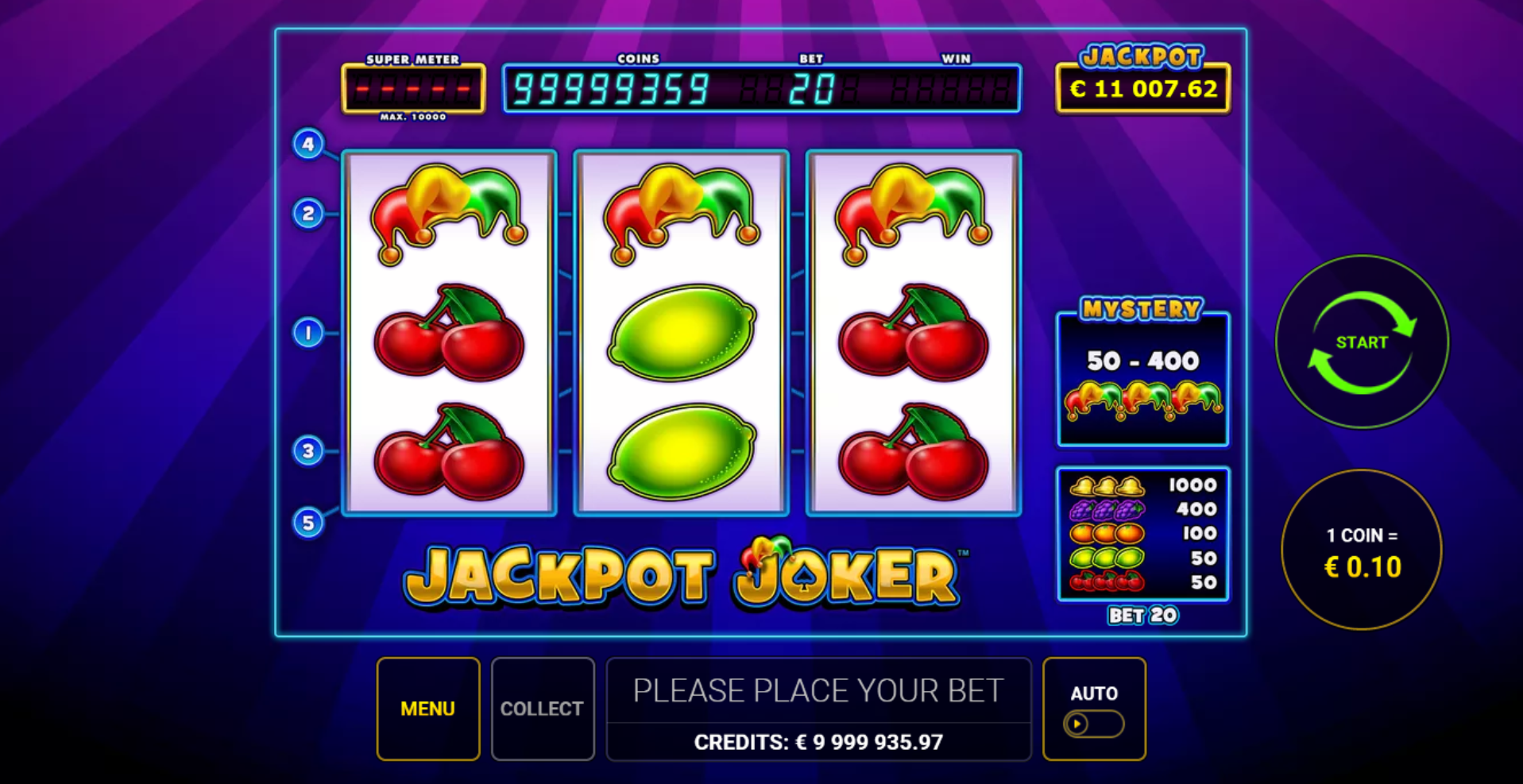 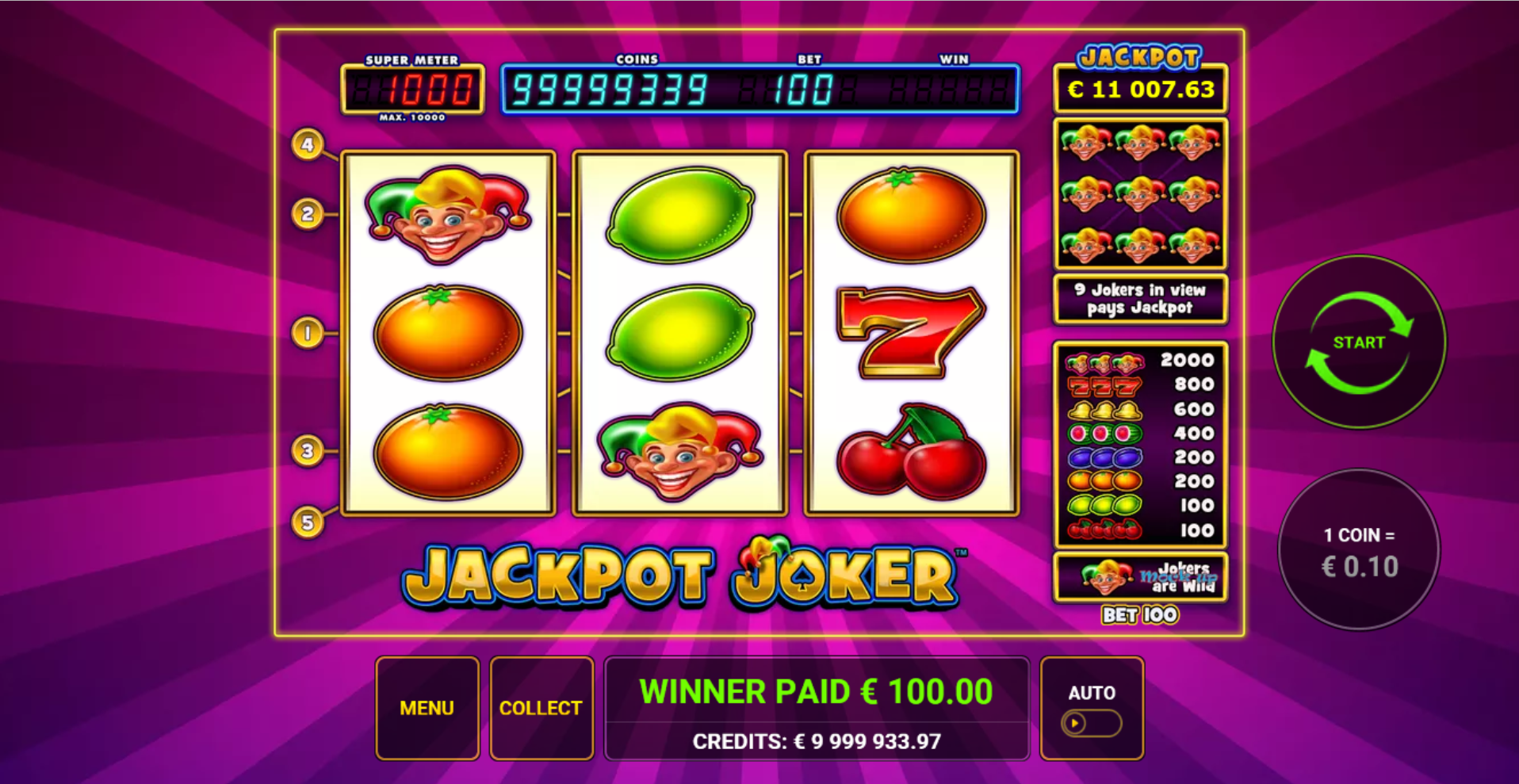