Royal Crown has a base game and a top game.

Base game:
Base games are played for credits on 1 win line. Wins are paid accordingly to the pay table on the bottom screen.
Free hold are offered to have a second chance on a win for certain 2-of-a-Kind combinations.
All 2-of-a-Kind win combinations pay bonus games.
Bonus games are automatically transferred to the “BONUS” meter.

Top game:
Top games can only be played with bonus games and are played on the same three reels as the base game but wins are paid according to a different win table, which is shown at the top screen.
Many 3-of-a-Kind combinations now pay scattered (on 27 win lines).
Moreover, several combinations on the central win line pay additional bonus games. 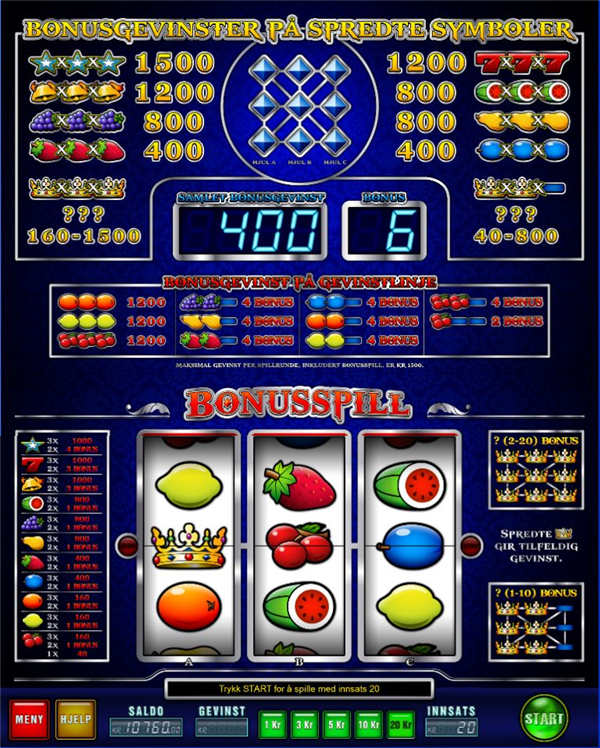